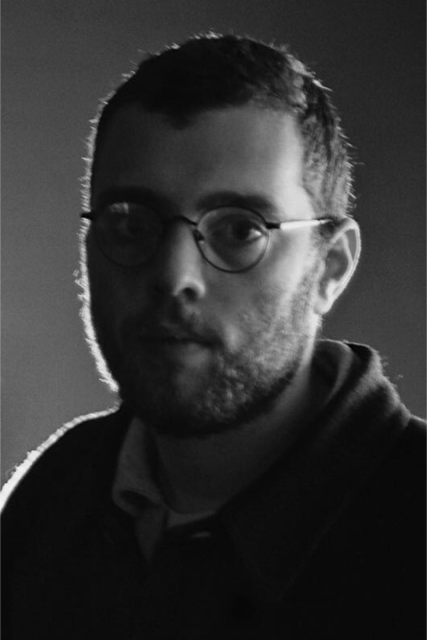 Rinaldo Censi: Let’s talk about Carry On. Is it the film you did as final exam at the end of LUCA School of Arts?

Mieriën Coppens: Yes. We walked from Brussels to Antwerp, for a demonstration. Then we came up to Mechelen. I filmed the march from Brussels to Melechen, including the moments of rest, while we had dinner. It is a kind of “abbey”, a place of solidarity where protesters could rest and sleep. The film is shot there. I have four hours of shooting while we were marching, maybe five. The demonstration up to Antwerp was really impressive. I remember many cameras and shooting during the march. But where we rested and ate instead, television went only for a few minutes.

R.C.: So you had never seen those places before. I ask you this because I am interested in understanding your position as a listener and observer.

M.C.: It was not a difficult thing to film there. I marched twelve hours with them. And when I got there, they recognized me, they noticed that I had been doing all the way with them, filming. So there were no problems filming there. Indeed, they came to me and said to me, “Eat”! Instead, I kept filming, saying “No, thank you”.

R.C.: I have the distinct feeling that the fatigue of the march is felt, is perceptible, even on their faces. What immediately struck me in the film is the right distance you found between the camera and the faces you film.

M.C.: Yes, it is. We were all exhausted. It must have been eight or nine in the evening. Maybe later. We started marching at seven in the morning. I believe that in the end fatigue is also a metaphor for their struggle that continues and it is also for this reason that the film is titled like this. It’s a testimonial, as if to say: “It is only the beginning, even if fatigue is felt”.

R.C.: Did you already know the people you filmed in Carry On?

M.C.: Much less. The event included numerous collectives. Liège, Brussels … also other cities. They all intervened. I didn’t know them. Occasionally I still meet them at demonstrations. But most of them I didn’t know well. Unlike what happens in the film I’m shooting now. I know very well all the people that I film. The position is different. Nevertheless every time I finish a film I invite everybody to see it. Some people come, others don’t. I sent Carry On to the spokesman of the collective, with whom I have an excellent relationship. He saw it with his partner and other friends.

R.C.: As an end-of-course film, was it judged by a commission?

M.C.: Yes from an external jury of fiction films and documentaries. I received a “haute distinction”. Together with the book I wrote, Entre Images – the living image, the image dead (2016-2017). The book brings together a selection of notes I wrote during the four years of the course. Let’s say it is about building a film. A film that I haven’t done yet, actually. Carry On is the result of something I wanted to do but that didn’t become what I wanted to do. It perhaps reflects the first pages of the book. When I talk about “entre – voir”. One of the meanings is:

A bit like when two people cross each other on the street. They have not seen each other, but entre – vu each other, for a moment. Here, I think Carry On talks a little about that. Instead, the film I’m finishing starts from there, but it goes further, I consider it a step further.

R.C.: On se sauve instead? It is very different from Carry On.

M.C.: Very. It’s material I shot two years ago. This is a relocation. The eleventh or tenth, I can’t remember anymore. I made them all together with them. I helped them move their stuff, and I filmed the last four. I believe that relocations are very important, along with meetings.

R.C.: Is Carry On filmed hand held? this one does not seem so.

M.C.: Carry on is filmed by hand. With a small camera. In On se sauve instead I placed the camera on the step of a staircase that was behind me. And I filmed with my back to the people I was filming, looking into the viewfinder.

R.C.: The accuracy of the shots is amazing. The space is minimal but I was very impressed by the relationship between the figures and the lines, the handrail, the staircase … Even the light. I guess you can’t place artificial lights.

M.C.: This is my problem. I also tried, but it really changes everything. The problem here is that their faces remain immersed in darkness. We don’t see them. And that’s why in the end I’m not very happy with On se sauve: we don’t see their faces. This is one of the reasons. There are others. I think it’s kind of a test, like others I’ve done.

R.C.: Bizarre, because I really liked it.

M.C.: Well, thanks, it’s nice that you say it. The important thing for me is to film these people as they are, a bit fugitive. Here we are dealing with a relocation. People had to leave very quickly because the police were coming. So I took the material I had on hand; everything was ready, the camera was loaded; everything is always ready in case I get a call and they ask me to go. You understand that preparation is not possible when I film. But this has allowed me to understand better that when working on a film we already know beforehand that we will always be late. I don’t have time to prepare: I arrive and start filming. And when I start I have the eye in the viewfinder, I don’t know how, but things come.

R.C.: Which camera did you use for On se sauve?

M.C.: A Panasonic Ag-HVX 200. It is not very large. And it is not very sensitive to light. That is the question. The faces are not bright enough. This however allowed me to understand an aspect while shooting. What I started to love (and this is what I want to carry on), is that we sometimes make mistakes while filming. These errors are the reason why I threw many things into the trash, the ones I filmed, the ones I sketch or wrote. If I threw them away it’s not because I didn’t like them or didn’t want to keep them in my computer, but only because I had little money and only one external hard drive. And since I wanted to film more, I had to throw away shots. This is the first reason why I threw many things. What interests me when I film, when I see what I’ve filmed, is the fact that sometimes the mistakes I make are exactly what I pay attention to, that’s where I most recognize myself. Like, I don’t understand why I filmed this. Yet it interests me, intrigues me. For example, I see that I go down with the camera on my feet, and wonder why? And yet I like it.

M.C.: Yes, and this is what brings me back to the issue of delay. So for example, I’m filming a meeting near a door, two people are talking, a third person enters the frame and the other two tell him to leave, he can’t attend that meeting. He doesn’t leave. Stay and listen. They discuss among themselves. He would like to talk but they don’t give him word. At a certain point I look at his finger, which moves to ask for word. So I start filming the finger, I stay on that finger, and at a certain point I lower the frame because the camera is heavy and I am filming for twenty minutes. So I lower myself as if to rest for a while, and the instant I lean down, his arm appears to be holding the door. And it does a certain movement. I mean, it’s like I guessed he would do it. But without knowing it. So thanks to the mistake I made because of my back pain, I was able to film a gesture I would never have seen otherwise. And this is something I am learning to accept. Even Targul Vitan, which I shot in Super 8 in Romania, during my studies, I kept it because of an error in the film process. Targul Vitan is the site of a stadium never built, next to the Marché de la misère in Bucharest. They say that if someone steals your car you can find it there. There are small trades even in the stadium area. People also walk there. But it’s the mistakes that led me to use it. The image appears and disappears. The mistake intrigued me. Without error I might not have done anything about it.

R.C.: It is as if in the error you found the truth of what you film. There is something productive about the error.